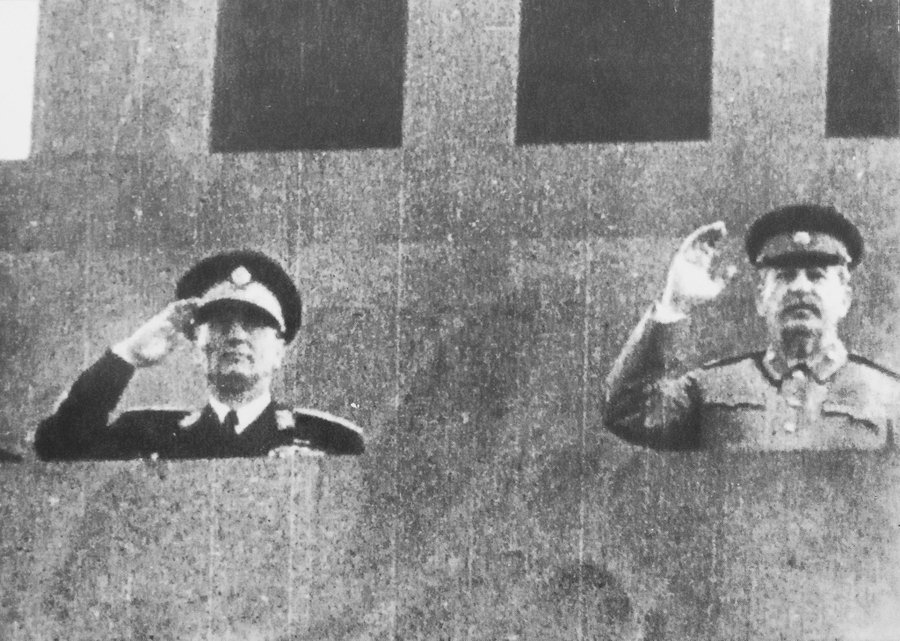 In a 1990s Bosnia- and Kosovo-style ethnic cleansing terror, communist Yugoslavia killed and displaced tens of thousands of Bulgarians in today’s North Macedonia in the 1940s. But there was no “international community” to intervene.

The 1990s were a happy time for international peace due to the end of the Cold War between the US-led West and the Soviet Union with the miserable cohort of satellites that it dominated in Eastern Europe.

The happy 1990s rule had its exceptions, though, the most notable being the Balkans, or Southeast Europe, and more specifically what is today known as the “Western Balkans” but back then was the former Yugoslavia.

Yugoslavia was an artificially created communist federation held together by a personality cult for Josip Broz Tito, a dictator whose brutality was internationally mitigated by being friendly with the West. As it began to break up, nationalists of Serbia, the nation which dominated the federation, under their leader Slobodan Milosevic, tried to save it or at least to reshape it, with wars in Slovenia, Croatia, Bosnia and Herzegovina, and Kosovo. So much so that the West had to intervene not once but twice within the course of several years by military force in order to prevent large-scale genocide and ethnic cleansing in Bosnia and Kosovo.

Instead of learning something on how to tackle and expose genocide and ethnic cleansing throughout history, though, many in the West got the wrong lesson from the 1990s wars in the former Yugoslavia: that the Balkans are a dark, creepy place full of squabbles among equally evil nations and individuals. A place whose issues could not be resolved so it was no use seeking out a culprit, and which should be kept under a lid, by force if needed, just in order to prevent the locals’ primordial instincts from supplying fresh horrifying live footage for real-time global news coverage.

Wrong as that perception has been, it isn’t hard to understand it. After all, the “spark” that led the West to destroy itself from within with the Great War (today called World War I) of 1914 also came from the [Western] Balkans, as preeminent German chancellor Otto von Bismarck had predicted in the late 19th century. Of course, there were specifics such as the fact that it was caused by a terrorist attack by a Bosnian Serb nationalist who assassinated the heir to the throne of one of the great powers at the time, Austria-Hungary. Interestingly, though, the particular brand of nationalism that assassin represented was lavishly rewarded after the Great War with the creating of “Yugoslavia”, first as a kingdom led by the Serbian monarchy, and then as a communist federation, in the aftermath of the follow-up mess of World War II.

With quite a few complexities in terms of history and identity packed into a relatively small piece of real estate such as the Balkan Peninsula and especially its Western / former Yugoslavia part (the Balkans produce more history than they can consume, as goes the quote by Winston Churchill, another great source of quotes for historical essays not unlike Bismarck), it has been both easy for the West to dismiss the “petty” quarrels of the Balkan people(s), and to feel compel to do something to quash them.

So when the Republic of Bulgaria, an EU member state since 2007, a former communist Eastern European and Balkan country, the staunchest former satellite of the Soviet Union due to the tenacity of Moscow’s Bulgarian communist lackeys and the national myths they skillfully created, vetoed the start of accession talks for European Union membership for the Republic of North Macedonia, a fragile former Yugoslav republic which has so far evaded an Yugoslav succession war (save for an ethnic Albanian uprising in 2001) – the standard Western reactions kicked in.

“What the .. heck?” officials and diplomats in Brussels, Berlin, also Paris, and also Washington, DC, exclaimed. So did a whole bunch of pundits, experts, and media commentators from global media.

With all the messes the EU and the wider West is presently dealing with, here is one small Balkan (albeit technically “Eastern Balkan”) country vetoing the EU future of another even smaller Balkan (this time proper Western Balkan) country over… whatever.

This site uses Akismet to reduce spam. Learn how your comment data is processed.

Recent Posts: Archaeology in Bulgaria. and Beyond

Top 20 Stories by ArchaeologyinBulgaria.com in April 2021

Recent Posts: Archaeology in Bulgaria. and Beyond

Top 20 Stories by ArchaeologyinBulgaria.com in April 2021